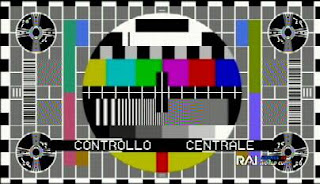 It’s becoming a bit of a hobby after THE LAST TIME but I’ve invented another new language. Everyone will be able to understand this new language of mine but only a select few will be able to speak it (those with reassuringly authoritative demeanours, presentable attire, and convincing smiles).

The communications landscape will be streamlined by my new language. The vast majority will be unburdened of the tiresome effort of trying to make themselves heard and the select minority will get to discuss matters without fear of the obfuscation caused by widespread discourse, which can get pretty silly when any old How Do You Do butts in willy nilly.

Now, I realise there’ll come a time when those who are not amongst the select few will pick up a few words of my new language and try speaking them but I’m not too worried about this as they’ll only be repeating what the select few said, a bit like parrots or those dolls that say things when you pull a cord out of their back. They’ll not really be in a position to manipulate the language to their own ends and express their own ideas so there’s no threat really. Let me put it this way, Winston Churchill’s pet macaw Charlie was quite right to squawk the words ‘fuck Hitler’ but that didn’t mean he was in a position to make policy.

Get on! You want to talk about language! Here’s a word...OBFUSCATION. You know what that means? It means muddying the waters. I learned the meaning of that one working in show business for 30 years. As soon as you come into contact with media people you’re dealing with PORK PIES. It’s just like you say. The tele, the papers - the lot.

Mind you, having said that, there is one kind of truth and that’s the truth of music. It’s like a beam of light in a dark tunnel to me. That’s why I enjoyed doing ‘My Kind of People’ so much. You go down the shopping precinct set up the cameras and wait for the punters. Singing or just doing a turn with no script - its pure honesty. And when I think of truth and in particular when I think of musical truth, I think TONY HATCH. From the first time me and Tony met at Thames Studios we got along famous. I say we met at Thames but in fact Tony rarely came into the studios he mostly worked from the house in Faversham. It was always up front round at Tony and Jackie’s. In spite of the success he never put on airs or graces, never made you feel unwelcome. More often than not he’d be sat at the piano, knocking out a tune in a tatty old bathrobe with a cup of tea and a saveloy. A dirty great saveloy! The air would be distinctly off. One time I said to him ‘Tony...how can you put that through the system? It’s indigestible.’ He said ‘It’s all about creating the right milieu Michael.’ I’m not sure what he meant really.

Still, next time you hear the old hit ‘Downtown’ think about that,
“...Just listen to the music of the traffic in the city
Linger on the sidewalks where the neon lights are pretty...”

Probably written on the khazi in Faversham.

There were awful tea stains on Hatch's teeth. It wasn't a telly friendly look.