WASTE OF WATER by FugTheWorld

The last in the trilogy.
Posted by Fugger at 4:46 PM 3 comments:


THE CHAT LIKE by FugTheWorld
Posted by Fugger at 4:14 AM No comments:


Tormey by FugTheWorld
Posted by Fugger at 1:05 AM No comments: 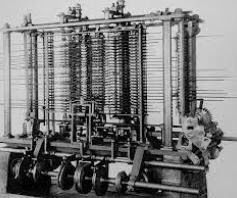 The first ever computer was Charles Babbage's 19th century Difference Engine. A beautiful machine consisting of twisting brass gears, the Difference Engine solved equations and it changed the world. Soon the world will change again. We'll invent a quantum computer that will solve everything that remains unsolved in any given field. The quantum computer will be able to perform infinite calculations infinitely, sorting out everything at once with its omnitask ability. All ailments will be cured and even death will be overcome. All questions will be answered and there'll be nothing left to wonder about. There'll be world peace because everyone will be in perfect agreement. There'll be nothing that can't be done.

However, one unsolvable problem will result from this solving of all problems. The ultimate problem of eternal boredom. We'll be rendered yawning immortals sat in front of portals that look onto the past, watching the human race when it used be confused and beset with problems. We'll envy our ancestors the struggles that were their reasons for being. We'll long for the days when we had real feelings. There'll no longer seem to be a point in anything when we know the point of everything and there'll no longer be a reason to go on when life just goes on and on and on and on. Pity the gods that we are destined to become, as superfluous as they are superior in the shadow of their Indifference Engine.
Posted by Fugger at 11:47 PM No comments:

Now, that's a little story for you. What does it mean? Well, I suppose it's just a long way of saying 'be careful what you wish for and be content with what you have.' Trite but perhaps true enough and maybe you should apply it to your life. Unless of course you are a two year old Sub-Saharan sucking on an energy biscuit and dying of Malaria. I doubt the moon story would bring much comfort to such a person. It's hard to imagine what kind of story would. I suppose stories are just comforting little indulgences for those who are not in such dire circumstances. I suppose, the less you suffer the more time you have to contemplate suffering. It might even be a case of the less you suffer the more you seek out suffering and then have to reckon with it, the very nature of it, so you need stories to explain it. Converse kind of stuff that, perverse even. There might even be a story in it. A story about an adored king who lives in luxury but all he can do is dwell on the slightly frayed trimmings on one of his robes and compose stories about them.

I'm not saying we're all crybabies. I'm just saying, well, imagine your heart is broken. That stings doesn't it? It does. Well, bad and all as that is, you probably wouldn't be worrying about it all that much if you were being chased by a lion would you? You wouldn't be going 'I wonder what she/he is doing right now,' with some roaring clawed fucker of a giant cat charging after you. I doubt you'd be remotely interested in hearing a parable involving someone overcoming their lovelorn predicament if you were involved in a predicament involving a lion.

What I'm saying here is that we have stories to comfort the comfortable and the truly uncomfortable don't get any stories, which is fine because they're too distracted to heed them anyway. If you're listening to a story, well, then things mustn't be going so bad for you and maybe you shouldn't take the story too seriously because, when things get serious, stories aren't much use at all. For example, I've never seen anyone put out a blazing building with a story about a brave firefighter. And I've never seen a man successfully wrestle a lion into submission by recounting The Epic of Gilgamesh. Stories are just made up things. They are only stories. Even the ones on the news. Even the ones God told. Even the ones you tell yourself about yourself. Instead of listening to stories, you'd be better off going outdoors and looking up and contemplating the moon and being happy to be under it and not on it, gasping for breath and crawling over rocks in the dark, being in no mood for stories and choking on powdery shite.
Posted by Fugger at 9:01 PM No comments:

Posted by Fugger at 1:52 PM No comments:

There's tremendous relief to be found upon discovering that you were wrong about everything. It's initially jarring, sure, but after that there is a sense of great excitement that everything is up for rediscovery. The boredom of thinking you had it all figured out and things would always be thus vanishes and the world begins again. It's like the reboot of some franchise. It would be good for our jaded species to have such an epiphany, communally. It would both invigorate us and cut us down to size. It would unite us in confusion as we drop our respective dogmas. All that is required is for something remarkable to happen. Something that causes such a paradigm shift that it shifts all the other paradigms into obsolescence. What we need is an inexplicable event. An event that defies all scientific understanding and proves both the existence and nonexistence of God at the same time. What could such an event be?

I've never told anyone what I'm about to tell you now. When I was a child, myself and my brother had an argument in our garden. I can't remember what the row was about but we soon stopped fighting when our dog got up on a Triumph 20 and started cycling around the lawn. We never had a disagreement again after that. Everything seemed trivial. That dog brought peace to our household and rebooted both our realities. Maybe the dogs of the world should do similar, at some synchronised time. Some quiet afternoon as people go about their business and international tensions simmer and the rich rip off the poor and people kneel to God and families dine in silence. Imagine the collective gasp if the dogs of the world suddenly mounted whatever bike was nearest and started peddling about and maybe even doing the odd wheelie. World news would broadcast identical events as they occurred globally. Then, as suddenly as they got on the bikes, the dogs would dismount and one would look straight into a television camera and say, 'there now, what do you humans make of that? That's softened your cough for you hasn't it?' And indeed, at last and long overdue, humanity's cough would be softened. The dogs of the world would then resume acting thick and never explain what happened and we'd all be left as we should be, humbled but curious and feeling very much alive. Set free of certainty and happy to be wrong about everything.
Posted by Fugger at 11:35 PM 5 comments: