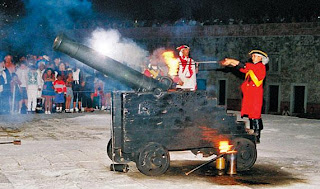 You're probably not aware of Mediocrita. It's a little nation bordering a few other nations and nothing much happens there. It's never been invaded or anything. It has no raw materials to covet. It is of no strategic value. Its indigenous population has never left and no one has ever arrived, at least not for long. A few Vikings showed up at one stage but they got bored and split after about fifteen minutes. The people there are pleasant enough but a bit dull. They never really developed any kind of unique culture so when the odd anthropologist does drop by they soon give up on the hope of forming a decent thesis and leave.

The citizens of Mediocrita are proud enough of their unremarkable nation. They find its unremarkability the very thing that makes it remarkable. Nothing making the place unique is what makes the place unique. Mediocritans are a people who value stasis. They are an unambitious and sedentary crowd who do not seek adventure and so never leave their shores. The people of Mediocrita never have anything good to say about each other but they never have anything bad to say about each other either. They think each other are OK and they are united in their OKness.

Mediocrita has a national anthem, the only piece of art of any sort that has ever originated on this land. It goes like this:


And on the weekends


We have no volcanos or mad animals or that


So there's not much to fear.


There's not much laughter


but there's rarely a tear.


So if you want an OK time

(It is at this point that the anthem ends and the Mediocritans fire their cannon. They have a cannon for defence but they never need it for that reason so it is only put to ceremonial use. Sometimes it doesn't work. No one complains when it doesn't go off. They just shrug.)

What no one knows about Mediocrita is that it has a secret. A big terrible secret. A secret I'm about to share with you now. In the mid-nineteen seventies a spacecraft arrived bearing an extraterrestrial ambassador carrying a message of Universal peace and a cure to all known ills. The citizens of Mediocrita were a bit put out. The status quo that provided them with their valued cultural identity was obviously under threat. New standards would be set by this saviour from outer space and everyone would be expected to up their game. Worse still, it was considered that if the little green man was to make Mediocrita his base then that would attract global attention to the Mediocritan homeland and they'd have loads of visitors and have to be making heaps of sandwiches and that. So, after some modest debate, the citizens of Mediocrita decided to bash the alien in the head with a rock, place his body back on his craft, set the craft on fire, and never speak of what took place again.

Indeed, no Mediocritan ever did mention what took place again. However, the memory of the incident sometimes does come into the heads of Mediocritans but they vanquish it by closing their eyes, clenching their fists into balls, and singing their national anthem to themselves – over and over. When the anniversary of the outer space visitor's arrival occurs no one says a word. They all just gather around the cannon and repeatedly fire the thing which seems to do the trick as long as the cannon works, which it sometimes doesn't but, you know, you can't have everything, so that's OK and you don't get much better than OK. Mediocrita rules OK!
Posted by Fugger at 2:31 PM No comments: 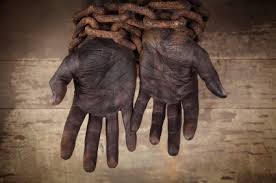 I worked real hard and Master rewarded me with shiny new manacles. They was so beautiful. I paraded them around the plantation and everyones wished they was me. Everyones except Crazy Peggy. Peggy didn't give a damn. She didn't work hard. Never. 'Why's should I works myself near dead for another's profit', she'd protest, unable to see the bounty she'd be awarded if only she'd apply herself to her duties. She never had nice manacles. We used sneer at her rusting chains. She didn't seem to care though. She was a strange one for sure, always sat there daydreaming in her dirty shackles. No self-respect that crazy girl. She let things get so bad those manacles clear rusted right off her. Middle of one night we awakes and she's gone. We wondered where the girl could have got to. We looked out and saw the faraway confusion of stars. We heard the night wind, hissing through the trees. It was just wild out there. What could a body do but keep running through all that? How could a body fill its days without the reassurance and structure of cotton picking? What of a body's hopes? What of a body's dream to one day wear the shiniest manacles on the plantation? But Peggy never gave a damn for any of that. She just sat and stared and pondered something we'd never understand. Something crazy. Master was right about her. He said she was nothing but an animal. Well, she's out there with the wild animals now. That's what comes of not working hard and partaking of tasks. Your mind wanders and sooner or later so do you. Chances are you never come back. You is lost. Lost forever. Hell, I ain't never going to wind up like that. Master says if'n I keeps working likes I do he just might find me in such favour as to take me with him on one of his trips to Dundrum Shopping Centre. Says he'll buy me the longest roll of gingham you ever did see and manacles so shiny I'll be able to look upon them and regard my joy reflected.
Posted by Fugger at 9:54 PM No comments:

THE DOG HAS WORMS


The Dog Has Worms by FugTheWorld
'You'd know well she has them, the way she keeps dragging her arse along the ground.'

Posted by Fugger at 7:24 PM No comments: 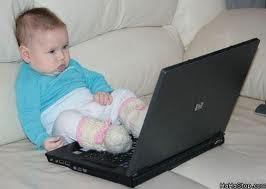 I was just reading on politics.ie there about how babies contribute nothing to the exchequer. A new poster called ClongowesForever (a succinct and articulate addition to the gang) pointed out how babies expect everything to be done for them and how they are ‘worse than the Nigerians’. Fair point, I thought, well made. Regular P.ie contributor, ErinGoBragh, chimed in saying that if babies didn’t look like ‘cute little dolls’ and looked like ‘fat middle-aged fellas’ then mothers wouldn’t be so quick to indulge their carry on and probably throw them down wells or sign up to the probort lobby. He added that babies are worse than Travellers and then ClongowesForever said that was a fair point and well made but added that at least Travellers are from this country unlike Nigerians. ClongowesForever got a few ‘likes’ for that post even though the mods cautioned him to stay on topic.

Don’tTreadOnMe took part in the discussion too saying how babies make no attempt to integrate into our culture and how they even refuse to speak the language. I thought that was a fair point and well made so I posted ‘QFT’ in response.

GasAllWelfareScroungers was online at the time too, at 25276574649737 posts he rarely misses a discussion. He made a fair point well when he posted that babies are nothing more than miniature drunks because they speak garbled rubbish, can’t walk straight or even stand up most of the time, and inevitably piss and puke themselves. Then Don’tTreadOnMe pointed out that babies are actually worse than normal drunks because it only takes a few hours for a normal drunk to sober up whereas it takes babies years. In response, I suggested that babies be rounded up by the state and forced into education camps until they get their act together and become useful members of society. I was a bit surprised when the other posters rounded on me for this suggestion. ‘And who the hell is supposed to pay for these education camps, more bloody taxes is it?’ asked one. I said that the camps could be privately run by Michael O’Leary or someone that knows what he’s doing but it was too late. The others branded me a ‘libtard’ and ostracised me from the rest of the discussion. Well, LabourLad did come to my defence in fairness but that idiot siding with you only makes you look worse so I told him to ‘fuck off’. He reported me and I was suspended from the site for two days. Not sure what I’ll do to pass the time now. I could go outside I suppose but I’ve read that the streets are crawling with Nigerians, Travellers, and babies. Even scarier is the thought that some of the Nigerians and Travellers are actually babies. Imagine the burden on the taxpayer a baby Nigerian or baby Traveller is. Cripes, the parasitic potential doesn’t bear thinking about.

Maybe I’ll sign up to Godlike Productions in the meantime, just to tide me over. They are a bit mad there but you do occasionally find the odd fair point well made.
Posted by Fugger at 7:41 AM No comments: