'Hope fuels the fool because the fool doesn't know what to hope for.' That is the legend that hangs over the entrance to the Fugger Life Coaching office.

You see, the problem for many is that they won't let things happen unless things happen exactly as they want them to. Take the great many who come to me complaining that they are 'unloved'. I tell these people that, unless they are child eating cannibals or something, they are doubtlessly loved by someone but probably just not by the person they wished they were loved by. Then I tell them that the person they wished they were loved by is probably visiting some other life coach complaining about not being loved by some other person and that this other person might well love the person I am talking to and also be feeling similarly unloved. Do you follow me? You probably don't. You often get confused by those perplexing sentences I construct for that very purpose. Apologies. I'll make myself clearer. It's like this, Tom comes into my office complaining that no one loves him. By 'no one' he means Jane. Then I tell him that Ann loves him. Then Jane comes in complaining that 'no one' loves her and I ask if by 'no one' she means Ann and she admits she does and then Ann comes in complaining that 'no one' loves her and she means Tom. It's a Möbius strip of discontent. The Universe's little joke. Lord Shiva playing a game with himself. A strangely miserable game but perhaps entertaining in its misery, like Eastenders or something. I tell those that feel unloved that everyone feels unloved and this is the ultimate irony of the cosmos because everything in the cosmos is the one thing. 'It's as if the top of your head longs to touch the sole of your foot because it fails to realise that they are already connected', I say. It's in response to this that I'm often told by my clients that I'm being far too spiritual and not at all pragmatic. That's when I say that spiritual is pragmatic and that it seems to me what the client actually means by pragmatic is magic, as in a magic solution to all their problems that will bring them their desires on their specific terms. I then conclude by reminding the client that I am a life coach and not a fucking genie and, pointing to the words over the door, I say 'do me a favour Lord Shiva and get the fuck out of my office'.

Yes, my clients often complain that my coaching fails to make them happy and they usually ask for their money back. This is when I remind them of two things. The first is that money doesn't make you happy. The second is that life is not about being happy anyway but actually about feeling fulfilled and fulfillment often comes by a circuitous route that involves a great deal of unhappiness. Take a mountaineer who feels the need to conquer a daunting peak. Climbing to the peak will probably be a miserable and trying experience but the compulsion for fulfillment drives the mountaineer on. When my clients finally understand this they usually return to the topic of the money I've taken from them. (It's very hard to shift people away from the thought of money) 'If money doesn't make one happy Mister Fugger', they ask, 'then why don't you give me a refund?'. My clients often adopt a smug expression when they ask this question, thinking they have turned my own logic against me. This is when I tell my clients that they'll find not getting a refund more fulfilling than actually getting a refund because if they don't get a refund they'll enjoy moaning about it all the time and moaning is obviously what makes them feel fulfilled because actually addressing their fucking problems certainly doesn't seem to do it for them. If this seems unfair to you I'll remind you that the clients and me are one and the same anyway as we are both of the same cosmos so they don't need a refund as they never lost the money in the first place. Remember too, you are also us so if you still think it's wrong for me not give a refund you should remember that you are me so you are also not giving that refund and, like the clients, we are also being denied the refund just as the clients are denying themselves the refund. It sounds complicated but it's simple enough to grasp really, once you're enlightened. We are all one. We are all Lord Shiva's sock puppets, albeit unaware that we are mere avatars in his cosmic game of Eastenders.

Look, I hope I'm not coming across as esoteric and heartless. That's not my intention. I know that life can be rough and sometimes it can be very very rough. I also know that depression and sadness are terrible things but discontent, well, discontent is quite another thing. Discontent is caused by a sense of entitlement that is based on cultural norms and today's cultural norms come from the unsophisticated narratives found in popular large screen dramas, advertisements and other kinds of things where all problems are portrayed as solvable and everyone, ultimately, gets what they want. This is nonsense. Even if it were true, once you got what you wanted you'd probably start to want something else. 'Want' is the problem. 'Want' is an addiction. 'Want' is a state of mind. We are indoctrinated to 'want' and not just 'be'. Sure, 'want' makes money but money doesn't make you happy. Mine is the true War on Want! Quit wanting! That should be all you want.

Consider it this way, a thousand years ago my clients wouldn't have had the time to be discontentedly wanting all the shit they want, they'd just be happy enough to have made it to the end of the day without being mauled to death by some kind of gigantic bear.

Do you understand? Are you feeling illuminated? Good. Now, do me a favour Lord Shiva and get the fuck out of my office.

(Remember – although greatly enlightening (and a bit up its own arse these days), visiting fugtheworld.blogspot.com cannot replace a therapeutic relationship with a reliable mental health professional - you crazy fool.)
Posted by Fugger at 9:03 AM 4 comments: 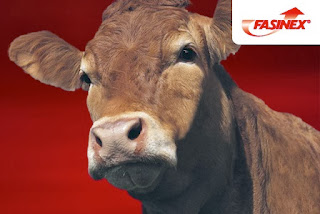 I entered the Fasinex® Liver Fluke Drench Art Prize for 2013 with a piece of art that no one was allowed to see. No one, not even the judges, knew what my entry was. They didn't know if it was a painting, a sculpture, a musical composition, a dance performance, a film, an installation or whatever else it could be and I wasn't saying. The idea was that I would only reveal my piece once it had won the prize and that if something else won the prize then no one would ever see my piece and be forever unsure if the right decision had been made.

I thought this was very clever. I imagined it would throw the judges into a quandary, wondering if they were making the right decision. What if they chose another piece and mine was better? They would forever wonder if they had been fools. I imagined this would haunt whoever beat me for the prize too. I could imagine the winner sitting at home, regarding their prize and wondering if it was really deserved. I could imagine the niggling the winner would feel for the rest of their lives. Winning the coveted Fasinex® Liver Fluke Drench Art Prize would be the crowning achievement of any career. Imagine the persistent gnawing that the prize might not be rightfully yours.

The day came when, in front a celebrity audience that included the likes of Matthew Collings and Don Conroy, the esteemed President of the Irish Farmers' Association handed the Fasinex® Liver Fluke Drench Art Prize to me. I gave an acceptance speech, talking about how art has dominated my life since the day I decided to expand my investment portfolio and speaking of how my journey had brought me to this moment, receiving such a coveted prize from as venerable a man as the President of the Irish Farmers' Association. I wept a little too, I don't mind admitting. Then someone shouted up from the audience - it may have been Collings, it may have been Conroy, it might've even been Mary from Anything Goes. Whoever it was that shouted out, they got a chant going and the chant was this: 'show your art, show your art, show your art'. So I did what they demanded. After months of build up the crowd were extremely tense, all staring up in expectation, eyes wide and mouths a little open. I reached out and pulled back the curtain that obscured my piece. My art was revealed and those assembled were finally unburdened of their curiosity.

'But what was your piece?' 'What was it Mr. Fugger?' 'Tell us now for fuck's sake like!', I hear you, my readers and acolytes, insist from the other side of cyber space. Well, I'll tell you what my art piece was. I won't keep you in suspense any longer. To drag this out any more would be taking the piss and, as regular visitors to fugtheworld well know, I'm not one for piss taking. I'm not one to tease. I'll tell you what my piece was now before this gets irritating, perhaps even cruel. I'll tell you what my art was now before you get pissed off and just start speed reading to the end of this blog post to find out. So, without further ado, I will inform you what my art piece was. It was this – it was a laptop set on a plinth and on the screen of the laptop was a live webcast and the webcast was of you, yes you, you there, right now, at this very moment, sitting, reading a blog post called 'My Little Piece of Prize Winning Art'.

Nobody knew who you were or understood the significance of your being there. Everyone got a bit passionate. A bit angry. They came over all French and wine glasses were flung at the stage. I had to grab the laptop and flee but I'm safe now and I have you here with me. I'm looking at you as you read this very blog post. You, yes you, my little piece of prize winning art.

(There was a generous cash prize too but if you think I should share it with you you can piss off. You were all my idea.)
Posted by Fugger at 8:12 AM 4 comments: