SELF-ASSEMBLY from Ray Sullivan on Vimeo.
Ray Sullivan's film of the Windell comic of the nightmare you are going to have.
Posted by Fugger at 11:56 AM No comments:

'Every day,' said the Day, 'I make it day so you can find your way through the day until the fall of night when you turn off the light and get hopelessly lost again.'
Posted by Fugger at 12:31 AM 1 comment:

Do you remember the Judgement Bird? Remember? It was in Dublin Zoo. It was a huge thing with dark grey feathers and deep set eyes that peered straight into your soul. It usually just stood there with its wings all folded up but when it extended them it was a sight to behold. The span was enormous, like some mighty cloak it could wrap you in and you'd never see the sun again. It was night time under those wings. It was the world before light.

We all made the pilgrimage. We'd queue up and watch the Judgement Bird as it watched us. Judging us. Silently calling us to account. Feelings of great guilt would befall all who looked upon the Judgement Bird. There would be sudden sobs and confessions. 'I slept with your missus', 'I diverted the funds', 'I cogged me maths ekker', that sort of thing. Politicians and various establishment figures seemed reluctant to visit the zoo around that time. There was even an attempt made on the Judgement Bird's life but the assassin broke down and took his own life instead. I heard John Charles McQuaid curled into a ball and rocked to and fro for four days just after seeing the Judgement Bird on the telly.

There was something in the Judgement Bird's eyes. Something primeval, something pure and atavistic, irrefutably authentic and devoid of mercy. Something that spoke of a world lost to us or perhaps even rejected by us. The Judgement Bird seemed to be from an angry Eden. No one actually knew where it was from. It wasn't captured or anything. It just landed in the monkey enclosure. The monkeys were quite deferential where it came to the Judgement Bird and shared their food with it. The zoologists didn't have a clue what type of bird it was exactly. They guessed it was some kind of crane or a stork but who knows? It looked a bit like a giant vulture to me. An ornithologist lost three fingers approaching the Judgement Bird so it was left alone after that.

Even people who didn't do anything wrong felt guilty when they met the gaze of the Judgement Bird. They said that they felt incriminated for behaving themselves in the wrong way, in the way of man, a corrupted way. 'You are not good', the Judgement Bird seemed to say to them, 'you are just scared, obsequious and indoctrinated.' Only very small children enjoyed visiting the Judgement Bird. Everyone else dreaded it but felt compelled to return to it again and again. 'It's like confession', said one visitor, 'only it's God on the other side of the grille and not some dreary old hypocritical bollix'.

The day came when the Judgement Bird took off. First it did a dance of sorts, stretching out its legs, moving around in a staccato fashion and throwing its head about. Storm clouds, great and black, gathered above as it performed. Then the Judgement Bird opened its wings and lifted up and soared away. It was swallowed up by the premature night it had summoned. It never came back.

The Cosgrave government had all footage of the Judgement Bird immediately destroyed. The only thing rumoured to remain of the Judgement Bird is a long streak of silver shite it left behind that was smuggled from the zoo by one of the lads that cleaned out the enclosures. If you know who to ask, you can get brought to a secret place where you can look at the Judgement Bird's shite. They say there's a queer smell off the shite and when you inhale it you're left with the tremendous sensation that we've all let ourselves down. This sensation is said to be accompanied by another feeling, a premonition of sorts is how it is described. It's said that upon smelling the shite of the Judgement Bird you are possessed with an unnerving certainty that the Judgement Bird will return and, when that day comes, it will not be alone.
Posted by Fugger at 5:55 AM No comments:

If you look at things close up, really close up, they cease to be what they seem to be. A person stops being a person with arms and legs and a torso and a head and becomes a vast epidermal surface instead. Look even closer and even this understanding is lost. Closer up than close up, everything becomes an indivisible hubbub of subatomic particles. We might see a room but really there is no furniture, no ceiling, no floor, no window and no door. At the most micro of micro levels the room is all just trashing static but on our macro level it takes on the illusion of separate objects. It's like a Monet painting, it's an incomprehensible mess close up and only makes sense at a distance. This distance from real reality is the range we operate on. We all know it but we put the knowledge of the eternal fuzz out of our heads. We operate under a required interpretation of 'reality' that is actually an illusion. We pretend that the world is an arrangement of things with contexts. To approach existence in any other way would drive us crazy.

Are you with me? Do you understand what I'm saying? Do you agree? You kind of have to agree. You've no choice. It's the truth. It's reality, really.

The above image is an extract from a letter written by a German woman called Emma Hauck. Considered insane, Emma was committed to a mental institution where she lived out what remained of her life. Emma had lost the ability to see things on our macro range. All context had broken down for her. She was being swallowed by the subatomic hiss, the eternal fuzz of what reality really is. It must have been like sinking in quicksand and she was calling out to be rescued. She was calling out to the memory of the thing that gave her life meaning. That thing was love.

On proper examination, you can make out that Emma wrote the same two words over and over and over again; a simple phrase in her native language, 'herzensschatzi komm'. It means 'sweetheart come'. Emma's letter was to the father of her two children. Emma sat and wrote 'sweetheart come' over and over and over again. The words, the punctuation and the letters merge and end up looking like the static snow on an old television screen. Did you know that the snow on old televisions is leftover radiation from the Big Bang, the Big Bang that created all reality? It is. I'm not sure if that's relevant but I thought I'd mention it in case it is relevant. Very relevant. Anyway, Emma wrote a great many letters like the one pictured above. She sat and wrote them all day. All day, every day. None Of Emma's letters were ever sent.

Now, I want you to imagine that you're sitting and listening to static emitting from a receiver of some sort. I want you to imagine that you are listening out for the voices of those trapped in Limbo. Imagine you hear the words 'sweetheart come' repeated over and over, lost amongst the hiss. Imagine you hear this pleading from a ghost. A ghost trying to communicate to a memory, a memory of a meaning, a meaning called love.

Posted by Fugger at 2:28 AM No comments: 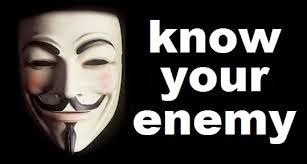 Tattoos. Piercings. Dressed in black. Playing Xbox. The counter-cultural rebel. Hates 'skangers'. Collects Marvel comics. Almost voted once but didn't bother.
Not out of principle, it was just raining.
Has a thing for things with skulls on them. Smokes from this fucking huge bong.
Calls people 'douches' but mainly online. The movie Fight Club changed his life.
Read most of The God Delusion, well some of most of it. Has the gist of it.
Mentions it on the LiveLeak comments where he has a Family Guy avatar and likes to wage the occasional flame war.
Used to play bass in a band called Sinister Decay. Never heard of Jean-Claude Trichet.
Does IT for the IDA. Can name every hold in MMA. Hasn't been tested but reckons his IQ must be high. Has a Guy Fawkes mask but doesn't know why.
Posted by Fugger at 11:19 PM No comments: