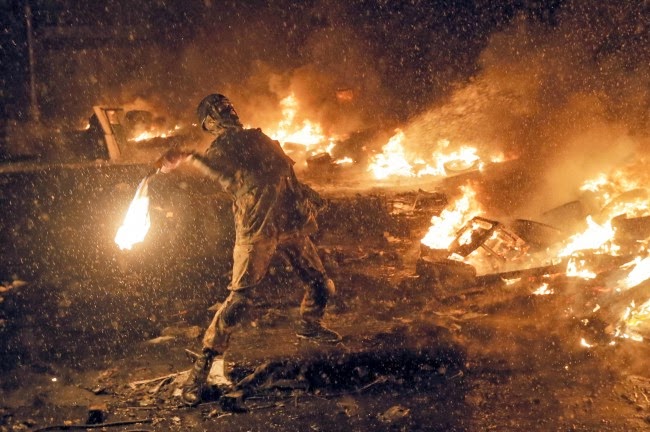 The death of ideology. Entropy and anomie. Everything's fragmenting and people are getting itchy.

Mars is coming, red, rolling low and simmering. Everyone is in the mood for a fight. Are you in the mood for a fight? I bet you are. Everyone else is. I am. I feel like stretching out my arms and seeing who I 'accidentally' slap in the face. I feel like expanding my hegemony and other people feel like being free of me. That's a clash right there. I'm getting worried about the neighbours. I tried to build a 'base' in the courtyard of the complex but the other residents reported me to management. I was warned but said I needed the base for my safety.
'Safety from what?'
'From threats.'
'What threats?'
'Your threats.'
'But we're not threatening you.'
'Admit it, you already did.'
'When?'
'When I tried to build my base you threatened me with eviction.'
'Yeah but you're not allowed build bases in the courtyard.'
'But I need to.'
'Why?'
'Because you threatened me with eviction.'
'But you were building that base before we ever threatened you.'
'Ah ha, you've just admitted that you threatened me!'
The negotiations did not go well. They said I wouldn't see reason but I said I had good reason not to see reason. They asked me what my good reason not to see reason was. I said that my reason not to see reason was their lack of reason. They said I'd lost all reason. I chased them away with a flaming broom. I barricaded myself into my flat. I threw pots and plates out the window at passersby. They called the law but the law was busy selling heroin to junkies and then arresting the junkies for buying the heroin. They called the parish priest but he was busy fiddling with a kid. They called social services but they said they'd only be able to make it out the week after the week after the week after the week after next. They called the E.U. and the E.U called the U.N. and the U.N. called the U.S. and then the U.S. called the U.N.'s bluff.

Entropy and anomie, like I said. There is no one left you can trust. There is no place left to jump. It's the time of the angry man, the mad man, the scattered remnants of dead men and women and children. The God of War is spinning and causing cranial electrochemical aggression. It's time to shake things up. It's time to blow things up. The complex is on fire. The whole world is in flames. You'll be watching it on TV while your house burns down. You've seen it all before. You're not the first to have burned this way.

We have to destroy in order to create things to destroy at a later date.
Posted by Fugger at 5:28 AM No comments:

BLOOD IN THE WORDS 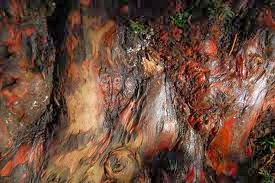 I've nothing to say today. This has happened before hasn't it? Nothing to say but still feeling compelled to say something. A bit like a journalist. Have you ever asked a journalist why they became a journalist? It's quite funny. You can see faint wafts of smoke coming out of their ears. It's one of the few questions they don't have an answer to. They have answers to lots of other questions of course but even then they are the wrong answers, which is fine because there are no right answers – not that a journalist would know that. I always wanted to be a journalist myself. 'Why did you want to be a journalist Mr. Fugger?' I hear you fart out your mouth. I'll tell you why. I always wanted to be a journalist so I could cut and paste press releases from PR companies and then spend about ten minutes paraphrasing them and then get paid for it. Why the fuck else would I want to be a journalist? It's hard to become a journalist though. You can't just wander into the profession. You have to have certain qualities. You have to be either thick or dishonest. These aren't qualities you can pick up. You have to be born with them. A big ego helps too. Dumb but confident, that's the trick really – like a politician. Oh, and you have to be kind of half able to write ...a bit. Only then can you be part of the vanguard of chatter that is officially deemed to be of interest. You go on about stuff like you care about stuff and then you forget about stuff because there is some new stuff to go on about. Then at the end of the year you compile all the stuff in a list. Then, maybe, you can get a book out of all the stuff you went on about. And then, if you play your cards right and don't have a mumbly voice, you can get on a radio panel or TV show and talk about stuff. Paraphrased PR company press releases will float from your gob and flow into the ears of the nation, psychically cementing a great big narrative that will harden and become fact. Fact, resolute, grey, bang your head against it, FACT!

You can also mention your favourite bands a bit.

After about thirty years of journalism your liver will pack in and you will die. Other journalists will write about what a character you were and no one will mention the article you wrote about sterilising the longterm unemployed. You'll be buried in some graveyard and a nearby yew tree will suck up your blood and bleed it out every time its bark is cut. That's kind of romantic isn't it? A fitting tribute. It'll be the first time you put your blood into anything.
Posted by Fugger at 4:50 PM No comments: 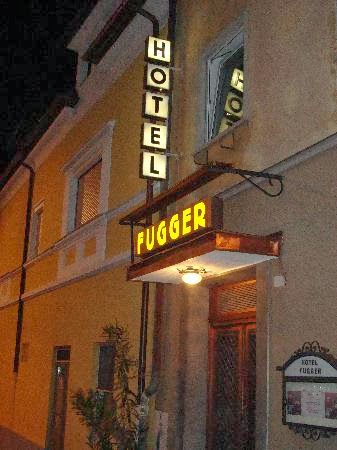 Did I ever tell you that Hotel Fugger was once called The Hotel View Hotel? Yeah, it was. The old name came from the fact that every window in the hotel looked out onto another part of the hotel. The architecture was inspired by Bentham's Panopticon - no matter where you are you can be seen so you better watch what you're doing because someone might be looking. This was originally intended to prevent the theft of towels but the approach soon grew into a philosophy of sorts or, to be more precise, a way of 'being'. The Hotel View Hotel was considered a true escape from the world outside. Once booked in, the guests were encouraged to forget about everything beyond the lobby's revolving doors. House rules requested that conversation solely concern matters pertaining to the hotel: the evening's menu, gossip about other guests, the beige furnishings, the stale aroma, the mangy cat, the lack of toilet rolls and so on. To discuss the world outside the hotel risked inviting disapproving glances, mockery or even being sent to Coventry.

All books and periodicals were confiscated so as to prevent the residents being distracted from the residence. There was only the hotel - the stars and sun and birds and trees, the clouds and continents and constructs of the outside world vanished from the consciousness of the guests. The guests stopped contacting the friends and family they had known before their stay at The Hotel View Hotel. They quit their professions. They earned their keep by working in the hotel.

Soon all the exits to the building were sealed up. The only doors remaining were ones that led back in, which didn't bother anyone because no one ever left. And so things continued for a time and everyone was perfectly happy. Well, not 'happy' maybe but content or at least contentish. Well, they were prepared to pretend they were contentish, let's just put it that way. So, you know, it was as good a life as anyone might expect to live and that was about as good a life as anyone expected. That is until the food shortage. That's right, the kitchen ran out of food. Well, it was bound to happen wasn't it? The guests/staff had even discussed it. A concerned receptionist actually gave a presentation about it in the function room. Our Incommodious Future, that's what she called her lecture. Everyone listened and worried but no one did anything. I mean, what could they do? Well, one guy suggested they leave the hotel and go to the shops but he was dismissed as a crank. 'We'll eat the potted plants instead', they said and they did until there were no plants and then someone proposed that they eat the stationary and they did until that was all gobbled up and finally they decided to eat toothpaste and soap and stuff like that and that's how they were found - curled up, emaciated and blue, gobs afroth with mixed toiletries.

So anyway, I got the place for cheap. No one wanted to buy a sealed off multi-chambered mausoleum so I bought it for next to nothing, renamed it and reopened its doors. There's a weird vibe here I admit. A lot of dead prayers got buried in these walls. Things are heard at night. The mangy cat is sometimes seen. Some of the people that come to stay are purely here in the hopes of experiencing something grim or even spectral – expecting the dead to provide a new perspective on life. Most of my guests are just here for the cheap rooms though. They aren't fussy. They don't notice the heavy atmosphere because similar fugs have enveloped them their entire lives. They are the lost and the wounded. Sometimes they are those that seek to wound the lost. Sometimes they are the lost who unintentionally wound others. Last night a guest jumped to her death from an upper floor window and landed on another guest, a murderer returning from a night's kill. Weird eh? Barely a morning passes when we don't find an auto-asphyxiated onanist dangling in a wardrobe or a broken necked drunk crumpled at the bottom of a stairwell. I'm fair about it. I warn people before they book in. They book in anyway. I think it's the irresistible draw of defeat. A fatalistic surrender to a self-destined doom. Or maybe it's the ultimate protest against the sheer effort required to imagine things turning out some other way. Either way, the guests of Hotel Fugger consider that there's no other way.

You'll find a skull in the minibar and see a corpse in the mirror. The shower curtain is a sheet of human epidermis. The flowers are plastic but they're all dead anyway. A single room is only twelve fifty. Leave a tip near your cold stiff body.

SO, WHAT HAPPENS NEXT IS... 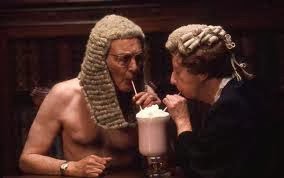 (Funtime is over - back to work) 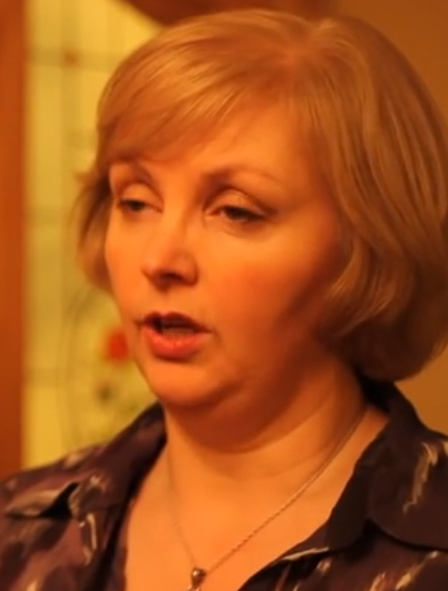 These are my values and I only want to defend them without being accused of holding the prejudicial and discriminatory views that I hold. Let me make it perfectly clear that I reject, with every fibre of my being, the intolerance and hate that I seek to uphold with every fibre of my being. When will people realise that hate is not hateful when it comes from a loving place. My hate is a hate of love and there would be more love in this world if people learned to hate my way. But this isn't about me.

I'd like to conclude by thanking Mr. Fugger for allowing me this space to express my increasingly maginalised views. With the climate of hate that currently pervades the communications landscape, myself and my fellow Iona sufferers are forced to avail of any platform, no matter how pitiful. (No offence to Mr. Fugger, RTE, The Irish Times, The Independent, etc. etc. etc.).
Posted by Fugger at 7:10 AM 2 comments: 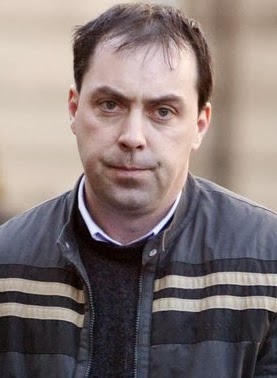